The least well known precious metal is now the most valuable. Everyone knows about gold, silver, and platinum – it’s about time everyone educated themselves on palladium!

Palladium is precious metal used primarily in the creation of catalytic converters – which convert harmful gas emissions into CO2 and water vapor. Without catalytic converters the noxious fumes would be released directly by motor vehicles, greatly increasing pollution and cancer rates among urban dwellings.

Where does it come from?

A major source of palladium for new items comes from recycling of old catalytic converters (seen below). Palladium is often mined along side nickel and platinum, and unfortunately thieves have resorted to stealing these off of cars for the valuable scrap value of the metal. 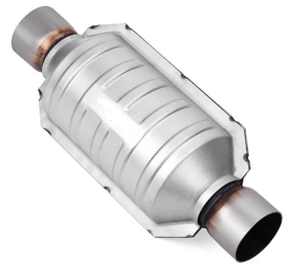 Most common use of palladium is in catalytic converters

Jewelry and coinage use palladium

Why is it getting expensive?

Supply and demand is pushing prices up. Palladium mines are located in Russia and South Africa, and are not increasing their output of the metal but demand continues to rise. This has made recycling of the converters a necessity, and the increased price should eventually make more mining economically feasible – yet this has not yet happened.

Plop onto this combination speculation and investors buying up the metal and you have a perfect formula for a great price boost.

The Fastest way is to buy a palladium ETF in your stock portfolio. The major ETF is:

PALL (Aberdeen Standard Physical Palladium Shares ETF). Below is a one year chart: 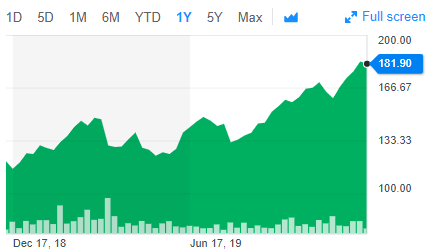 Slower way to invest is buy palladium coins or bullion.